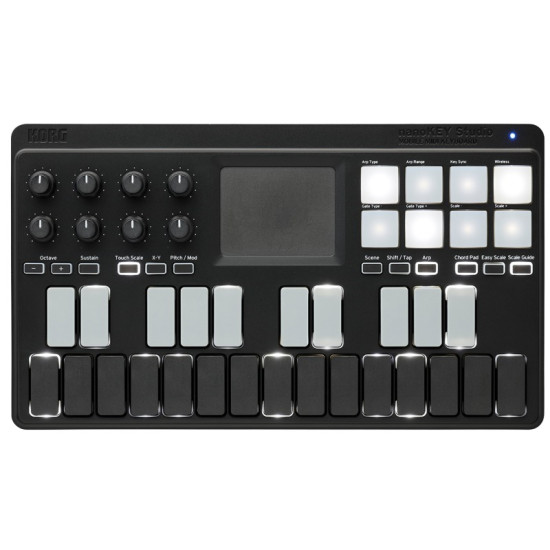 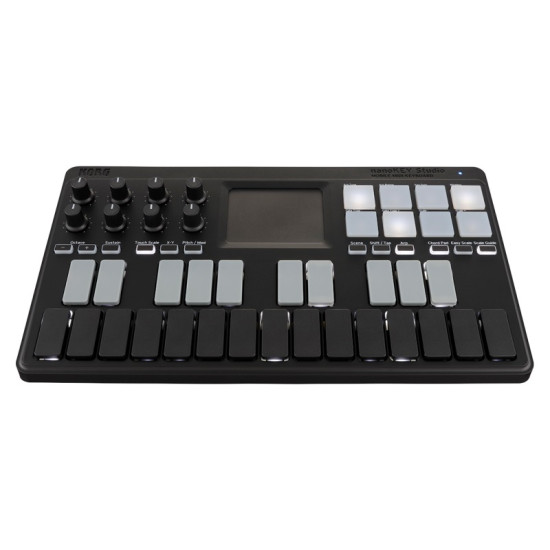 The nanoKEY Studio from Korg is a lightweight and portable mini-keyboard controller with twenty-five keys, knobs, trigger pads, and a touch pad that allow instant realization of ideas into sound. Battery operated or USB bus powered, the controller can connect wirelessly to an iPhone or iPad, or additionally via USB to a Mac or Windows computer.

The velocity-sensitive keys allow for easy step-recording and the Scale Guide function illuminates the keys to show recommended notes in the scale, making it even easier to play. An Easy Scale function generates musical phrases using any of the keys. The eight velocity-sensitive trigger pads can convey every dynamic nuance of a drum performance. In chord-playing mode, the Chord Scale function automatically assigns the best chords for the key and scale selected. The pads can also be assigned to trigger audio clips.

Single finger control of synthesizers or plug-in effects is available using the built-in KAOSS-inspired touch pad. The controller also features an arpeggiator with rhythm patterns for generating a succession of new phrases simply by touching the pad. Similarly, eight knobs provide control of software synthesizers, plug-in effects, or a DAW mixer. A comprehensive selection of music software is available for all supported platforms.

Mobile MIDI keyboard that connects via USB or wirelessly via Bluetooth

Eight assignable knobs for controlling a DAW and plug-ins

Includes music software bundle including apps for iOS, and Mac and Windows computers 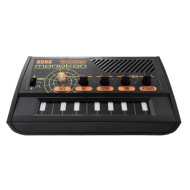 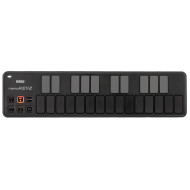 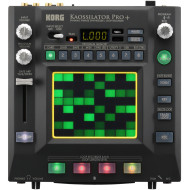 Pre-Order
Korg Kaossilator Pro +
The Kaossilator series was the forerunner of unique instruments that made it easy for anyone to play musical melodies and phrases. The KAOSSILATOR PRO..
$349.99
Pre-Order
Add to Wish List Compare this Product
Buy Now Question
Quickview 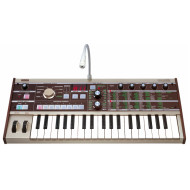 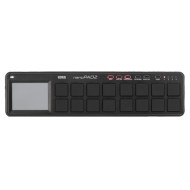