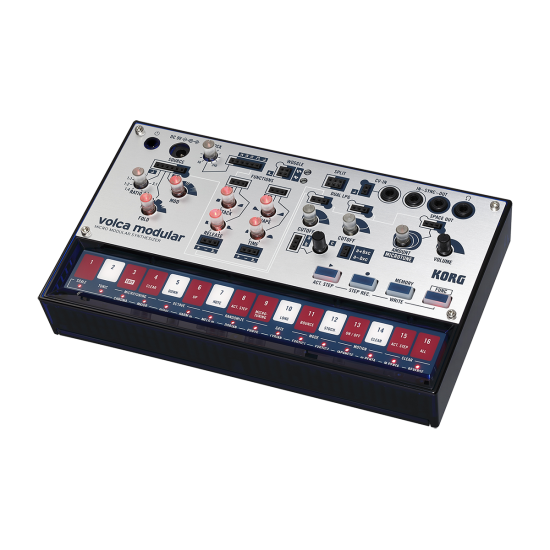 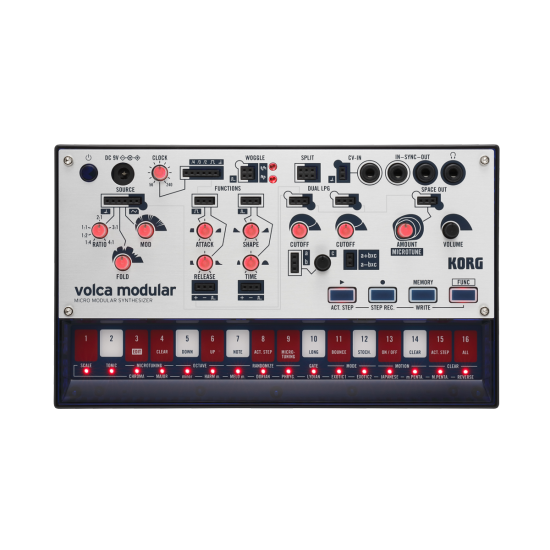 A semi-modular analog synthesizer that makes modular synthesis more accessible and understandable than ever before.

Creating new sounds that don’t exist in the outside world is an unending dream which has continued since the birth of electronic musical instruments. This dream has evolved and expanded throughout the development of new and unique music production devices.

The popularity of modular synthesizers around the world has generated new excitement and interest in the so-called "West Coast style" of synthesis that deviates from traditional synthesis norms.

The compact body of this volca synth features eight modules and 50 patch points. While learning the basics of a modular synth, you can use popular features of the volca synthesizer line to control a unique and different flavor of analog sounds.

The volca modular is a semi-modular synthesizer consisting of independent analog synth modules, digital effects, and a sequencer. Each of the modules has been carefully selected for its stand-alone completeness. The modules are internally connected so that sound can be produced even before connecting the included pin cables, and the routing is shown by white lines on the panel. Module connections via a pin cable take priority over the internal connections, bypassing them.

This consists of a triangle VCO carrier and a modulator. The complex overtones generated by FM modulation are sent through a wave folder circuit to add additional overtones, producing a distinctive sound. This module is important in determining the basic character of the sound of volca modular.

This section consists of two functions (envelope) generators. In addition to an AHR generator with attack, hold, and release, there's a Rise-Fall generator, also known as a slope generator, which not only applies time-varying change to the sound but also lets you patch the end trigger out back into the trigger in as a loop, making it usable as a VCO or LFO.

This is a random signal generator containing a sample & hold circuit that uses pink noise as its source. Two outputs are provided, allowing it to output either stepped or smooth random noise.

This module distributes one input to two outputs. It can also be used in the reverse direction, combining two control or audio signals into one.

This consists of two low-pass gate circuits. Typical of the West Coast style of synthesis, the module packages a filter with an amp, allowing the brightness and volume of the sound to vary together.

This is a mixing scaling module that combines two signals in various ways. It can mix not only audio signals but also control signals, as well as inverting or attenuating those signals.

This is a stereo module that applies a reverb-like effect to the audio signal.

This module is for connecting to the internal sequencer. You can set the tempo, and select different rhythm divisions to output via the gate counter. 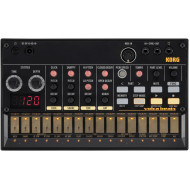 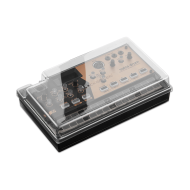 Decksaver Korg Volca MK2 Polycarbonate Cover
DESCRIPTIONThe tools we use to compose and produce music are dear to our hearts. Dust, liquid and accidental impact have taken many a good synth down ..
$44.99
Add to Cart
Add to Wish List Compare this Product
Buy Now Question