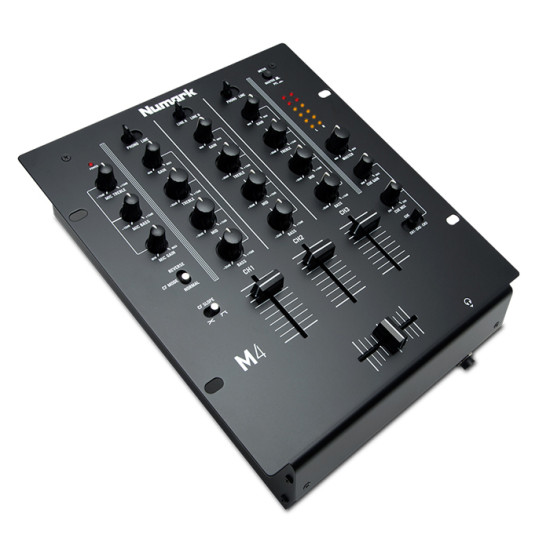 M4 is a three-channel tabletop mixer designed for any DJ who needs maximum flexibility. It features a replaceable crossfader with reverse and slope controls, a 1/4" microphone input with EQ, and plenty of routing for phono and line level devices.

Where M4 really shines is its impressive input section. Two switchable phono/line inputs plus four more dedicated line inputs give you a total of SIX inputs! Add Master and Record outputs, and steep three-band EQ/rotary kills on each channel, and you've a powerhouse package that's ready to handle whatever the gig throws at you.

M4 has the inputs, controls, and features to turn what would be a problem for the average mixer into a simple plug-in. Don't get stuck without enough inputs at your next gig. Upgrade to M4 – you'll be glad you did! 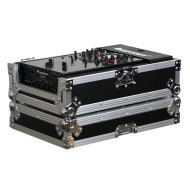